NEO-ARCHEOLOGICAL SAVINGS
The Art of Valuing

The Reasons to remain inactive:

There are two reasons only to investigate the objects in a promising location but not save them for neo-archeological arrangement or bundling.

Reason1: There is not enough time or no permission for saving the findings systematically and with adequate accurateness. With more time available or with an official permission the saving may be performed at a later date. If neither the one nor the other is given at least the finding situation will be capaciously documented by photography.

Reason 2: There are locations with high reverence and respect due to them. Locations that should remain in their original situation and should not be touched, changed or destroyed.

One of these special locations for example turned out to be an abandoned cottage in Ireland close to the village of Feakle in County Clare. This cottage is said to have been the home of the legendary local witch Biddy Early. Visiting this cottage twice, first time about 20 ago second time five years ago, I left all the mysterious objects untouched.

The consequence: By being untouched and undestroyed the cottage became kind of unofficial place of pagan pilgrimage. That could be identified, because later visitors not only left things untouched too but left personal belongings as gifts, as there were coins, rosaries, pictures, flowers. The picture above shows the actual situation at one of the cottage's windows.

Following a feature story in the newspaper SÜDDEUTSCHEN ZEITUNG reporting on many abandoned farmhouses in Lower Bavaria a first exemplary examination and extensive documentation of one of these farmhouses was undertaken.

All objects remained untouched and unchanged in their original arrangement. But an attempt is initiated to gain official permission by local authorities for a systematically performed neo-archeological saving plus arranging or bundling. In addition to that an adequate exhibition room should be provided to show the neo-archeologically compacted findings. 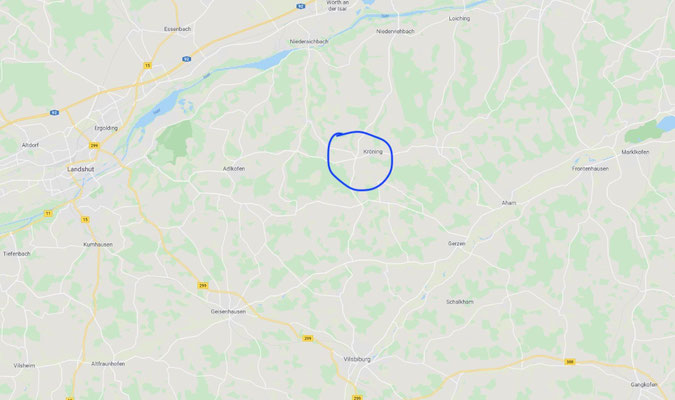 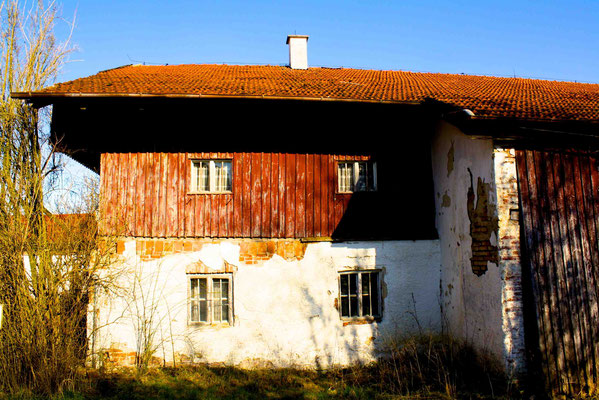 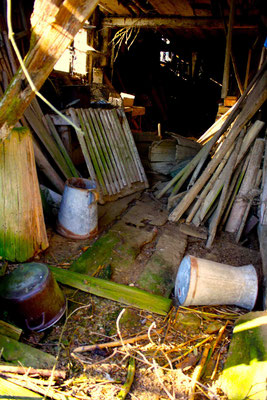 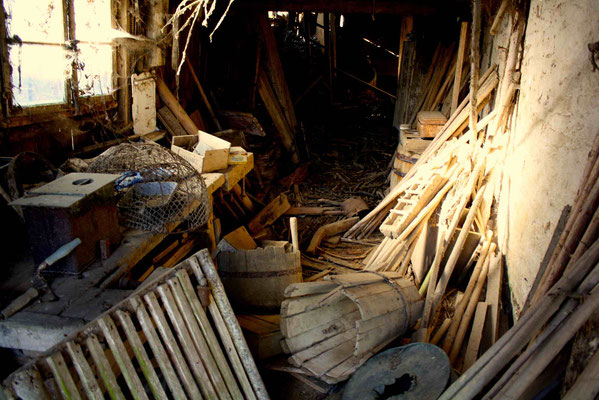 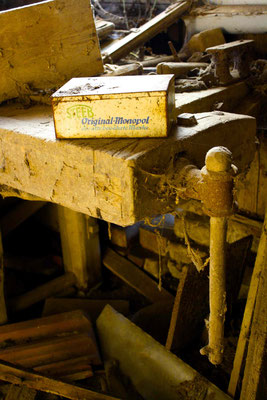 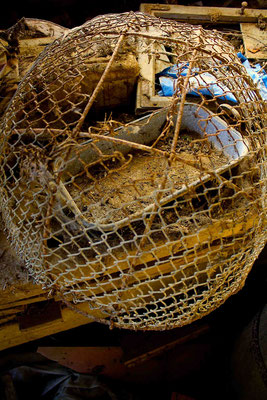 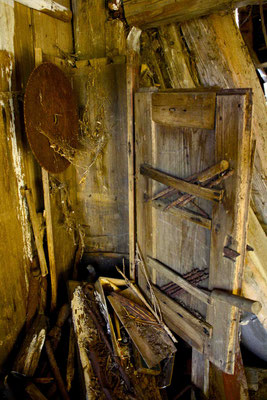 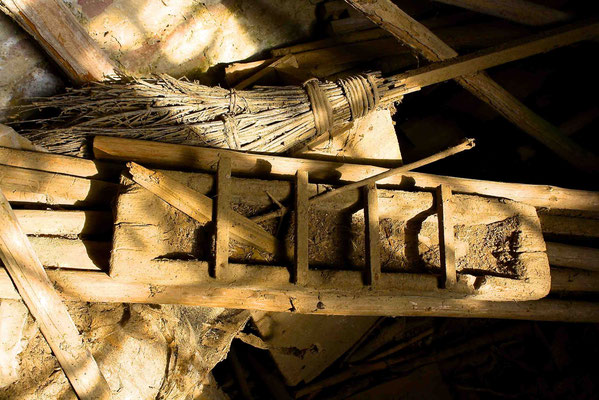 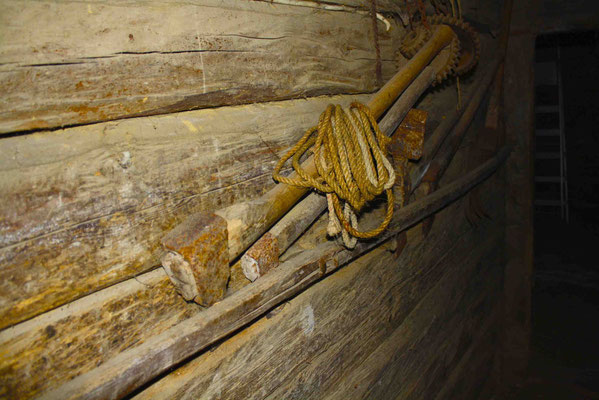 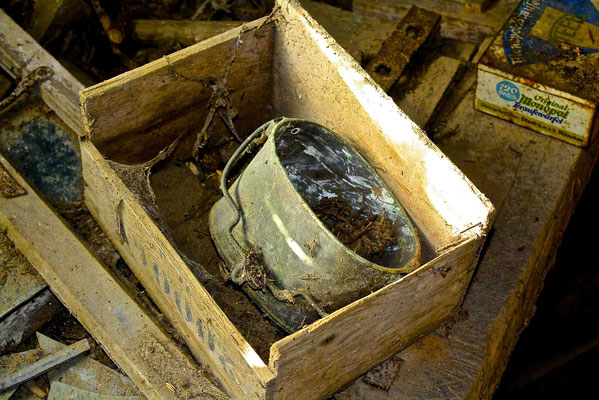 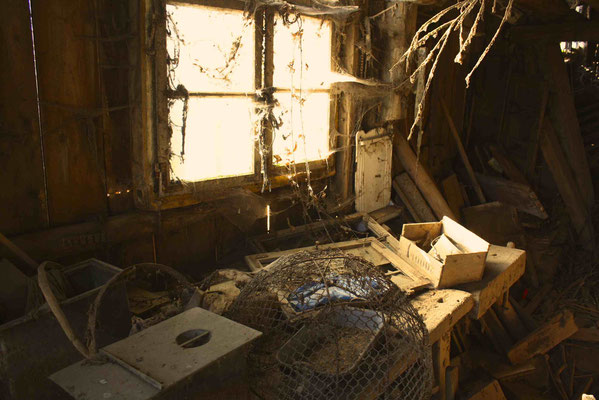 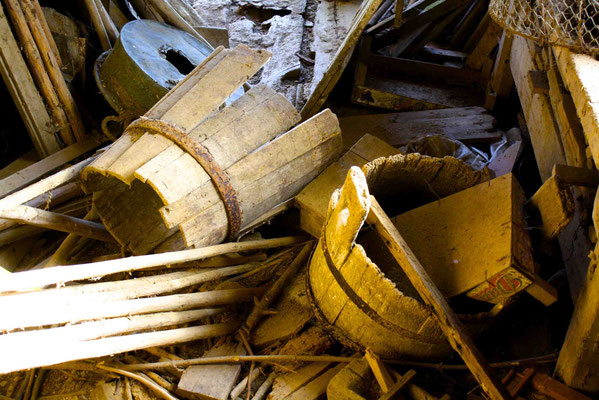 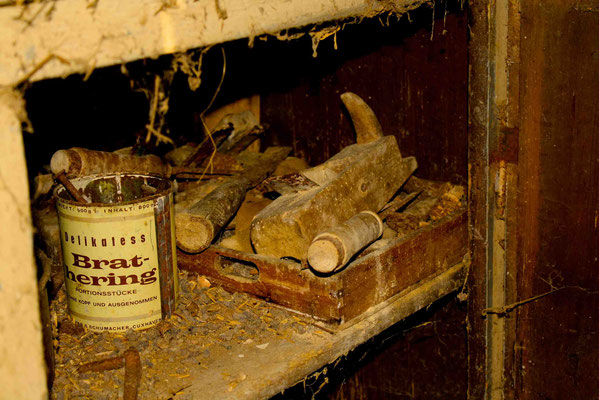 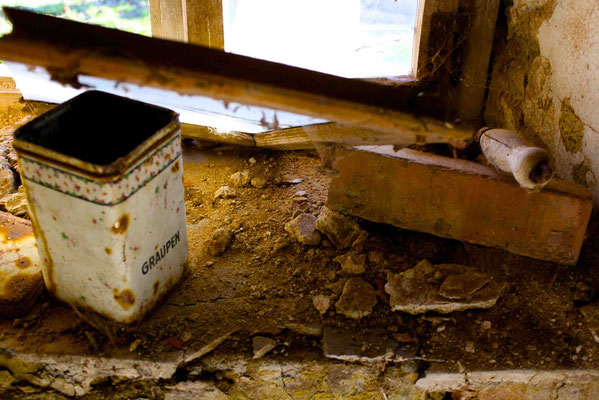 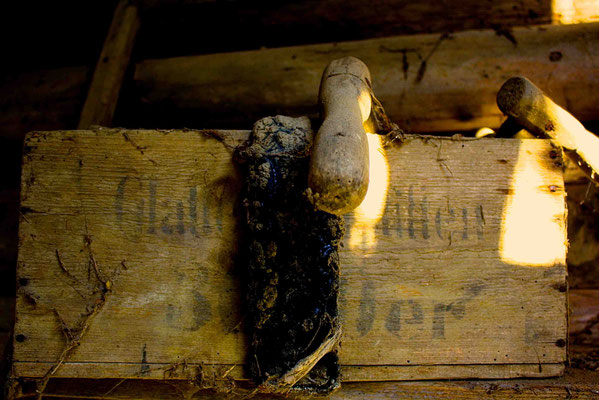 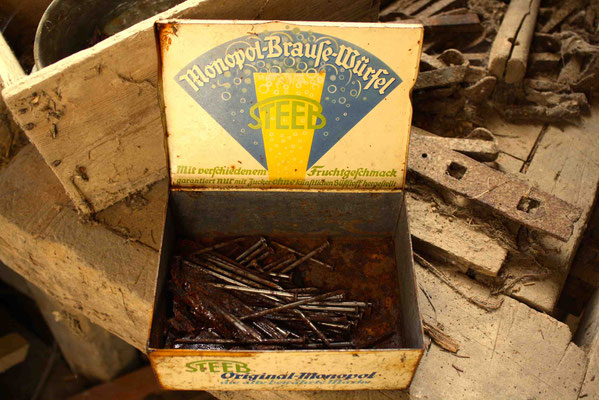 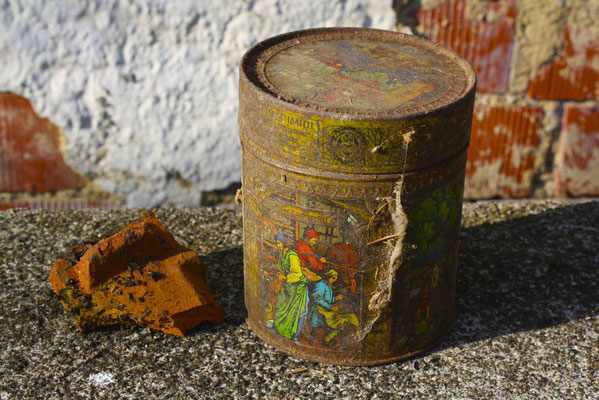 There is something quite unusual regarding the internationally acclaimed hospital "Klinikum rechts der Isar" in Munich: It is a very old institution with about 160 years of history. Situated rigth in the middle of downtown Munich in the densly habitated urban quarter called "Haidhausen" there was no space for the important modern demands of growth. Only by closing a backstreet on the eastern limits (= Troger Street) and swallowing up the old buildings further expansion was possible.

But: Some of these buildings were part of an over 100 year old middle-class residential area dating back to the early 20th century. A block of four buildings at Troger Street with the street numbers 20 to 26 is highly interesting because they are declared historic monuments and are not allowed to be dramatically changed or even demolished to make room for modern buildings. The essential modernization for the hospital's demands only can be put into effect by slow acquisition which means remove bit by bit the old and replace it by the new.

For example: The hospital's own kindergarten was installed in the groundfloor of the building with street number 24 by emptying out a former restaurant with its traditional skittle alley. The situation now: Everything old is gone, replaced without any respect by new and totally forgotten. The only relict today is a weird appearing thick column in the new entrance area that in older times marked the center of the dining area. Acquisition stands for total elimination.

But until the year 2018 the two storey high attics of the buildings with street number 22 and 24 were untouched and full of residues of the people having lived in the appartements for 30, 40 or even 50 years before they died. The problem: Plans of total emptying out and changing the attics od building 22 into office spaces were about to be carried out.

I approached the clinic management with the proposal to conduct an extensive saving of the residues there and show the neo-archeologic arrangements and bundlings in an exhibition. The clinic management discussed my proposal and eventually dismissed it. Shortly after that, the mayor one of the attics (building 22) was emptied out. All objects and with them the rememberance and the stories of the people who once owned them are irrecoverably lost.